In search of super hero...

A man raped a woman. When the man was out on jail, she called him for out of court settlement and then set her on fire.

Do I think the woman's action was illegal... Yes.
Is it the right way to handle things... No
Do I like what she did. Am I slightly happy about it... Yes

Heard so many times how the woman was wrong, in getting raped. Its atleast better to get blamed for the right crime...

Unfortunately, crime against women are increasing. Probably, not enough has been done to curb it down. Probably, just law and its enforcement won't help. Probably the mentality and thought process needs to be changed. Probably we need a superhero, who may not be on the right side of law, but does get justice. 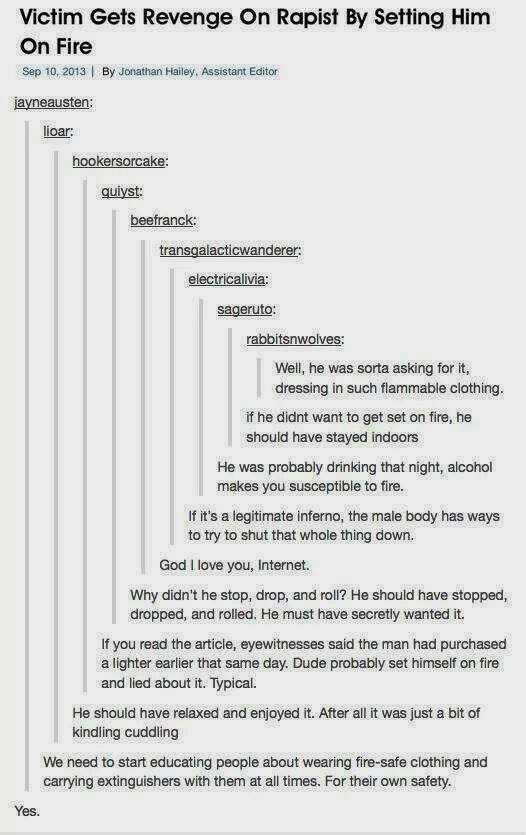 Posted by earthwire at 12:57 AM No comments:

earthwire
Normally sarcastic; berserk in good mood and boring in bad... Sagittarian to the core